Tigan of Blake & Tigan purchased a dreamy, cloud-like pintucked duvet cover from West Elm that she totally loved. That is until she felt how scratchy it was and realized how easily it ripped. Boo! Tigan sent that duvet cover packing and decided she would just have to DIY to get the job done right. Tigan used a plain pre-made duvet cover and sewed her own pintucks – all 123 of them! She then added a button to each pintuck to ensure they would hold strong. Despite the time-consuming process, Tigan says she couldn’t be more pleased with how her pleated duvet cover came out! 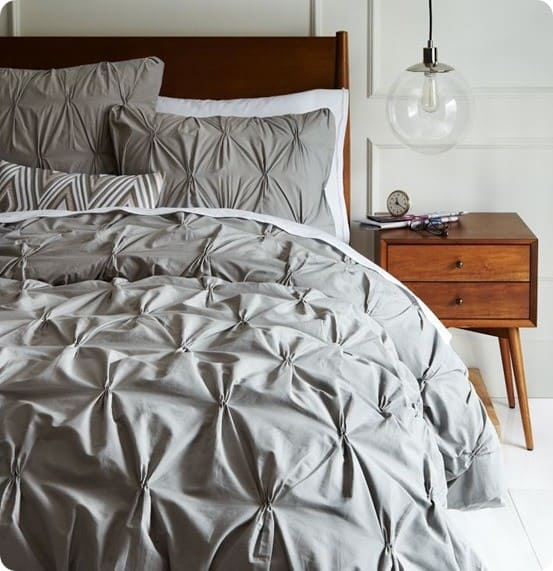 Go to Blake & Tigan for the tutorial.