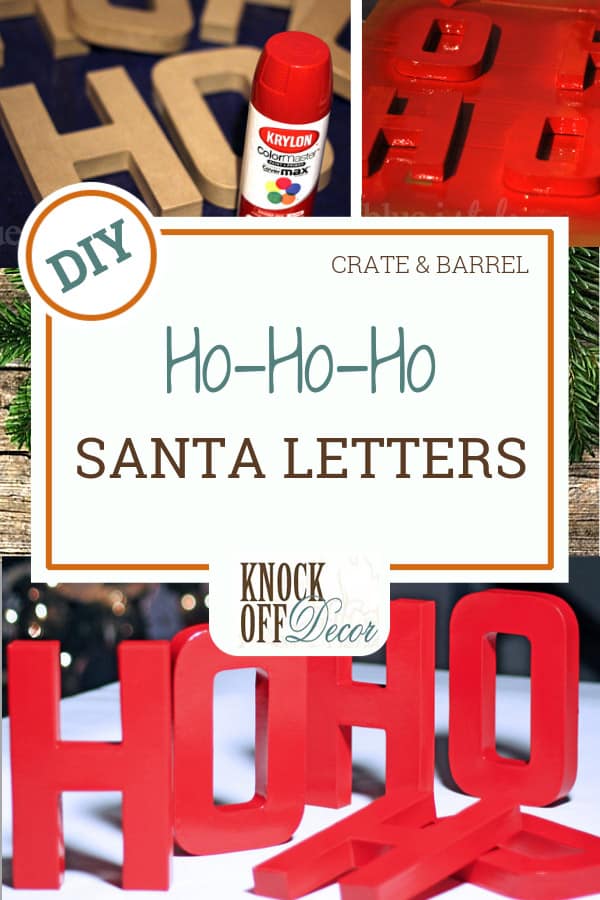 When Angela of Blue i Style was flipping through the Crate & Barrel holiday catalog, she was immediately drawn to a set of large “Ho Ho Ho” letters with a glossy red finish.

Angela says, “I know a project begging for a knock-off when I see one!”

In just five minutes, and for just $15 {a 75% savings}, Angela created her own, very similar holiday letters. 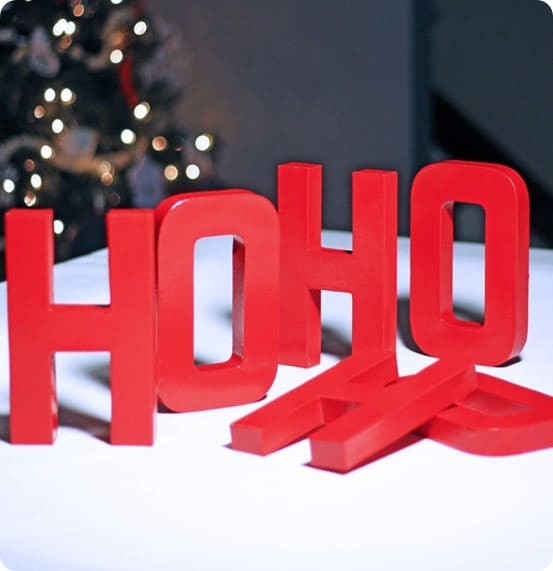 Find out how Angela made them for less at Blue i Style!