Since the movie Despicable Me came out in 2010 Minions have become a popular and mainstream character. When Pili, from My Sweet Things, and her kids stumbled upon two old tires while out walking the dog they decided the tires would be a great addition to one they already had laying around the house for their dog. They knew that combined together the three tires would be perfect as a new planter decorated to look like a Minion.

Using the tires, some blue and yellow spray paint, homemade newspaper stencils and odds and ends around the house Pili and her daughters were able to create a Minion planter to include in their garden. Once they’d placed the planter in their desired location they used some old shutters from a nearby abandoned house to create a base in the bottom and then filled the Minion with soil and their plants. 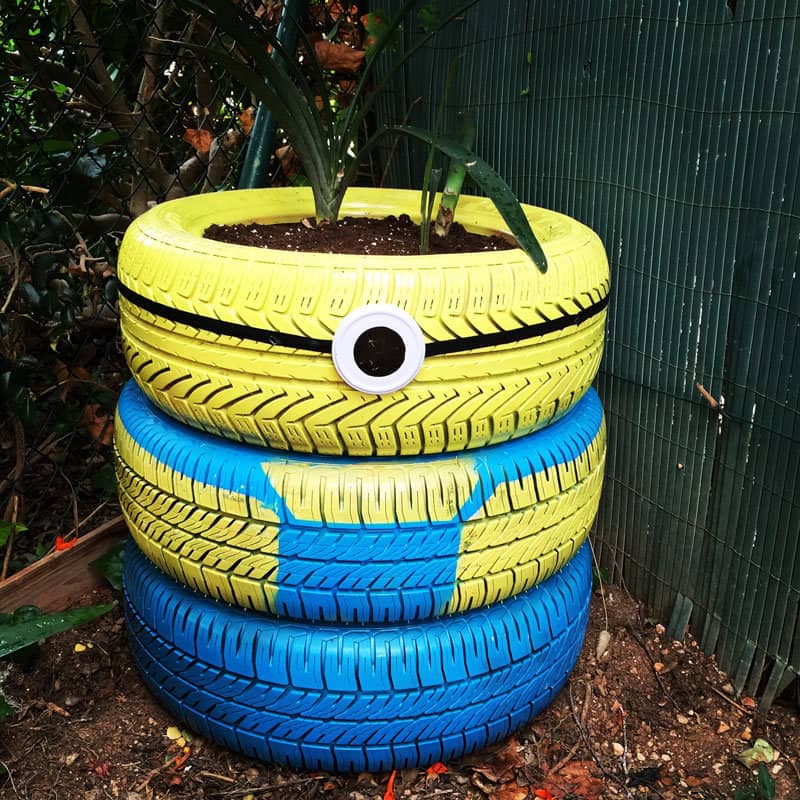 For Pili’s completed instructions for making the DIY Minion planter you can read here.

Hi, Brianna! We had so much fun making the Minion planter! Thanks for sharing!