Let’s put it simply – napkin rings matter. They can take a table setting from basic to awesome in one fell swoop.

Plus, they’re easy to set up, since all that you need to do is take a fabric napkin, fold it appropriately, and fit it into the ring.

There are dozens of ready to use napkin rings on the market, but it’s not too hard to make your own out of things that you probably already have laying around the house.

Or, if you don’t have random lengths of beads or ribbon, they are sold rather inexpensively at craft stores. Here are a few ideas:

Wrap Beads Around Your Napkins

In some cases, you can purchase the beads already on the strings, although it won’t take long to string them on yourself.

For this type of use, larger beads (look for colorful glass ones or inexpensive semiprecious stones) work best.

Smaller seed beads may get visually lost among the other items on the table, and you want your napkin rings to stand out a little. 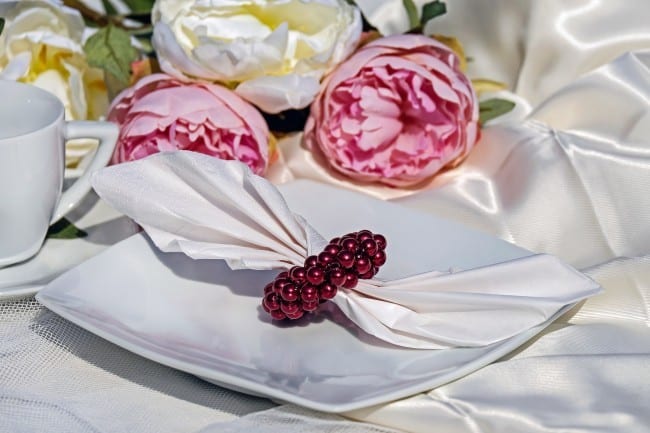 Use Some Seasonal Inspiration

Ribbon is one way to make a simple napkin ring.

These can either end up being traditional rings (as in, they hold the napkin in a perfectly round shape), or they can be flatter.

The shape doesn’t matter as much as the sentiment. All that you need is some holiday themed ribbon that had been cut down to size.

You can either use fabric glue to hold the edges together, or sew the ends into place.

Sewing is recommended here, because the ring will end up being sturdier.

However, if you’re pressed for time, fabric glue works in a pinch, as long as you allow it to dry before placing the napkin in it.

You can even attach additional decorative bits, like pom poms, bows, and small charms. 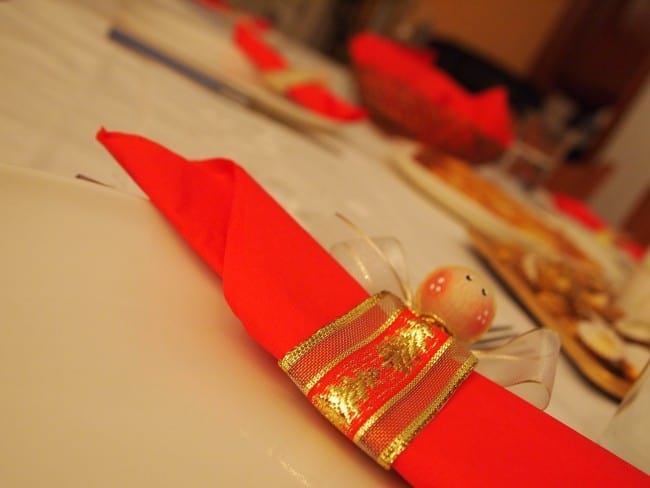 Yes, you can make napkin rings out of paper. These will end being similar to those in a casual restaurant, but with a little extra flair.

Don’t spend too much time on them, since they won’t be used again, as most diners will rip the paper to release the napkin from the ring.

Once you’ve chosen your paper – one that coordinates with the napkins and tablecloths look nicer than any random color – cut it down to size and glue the rings together.

Then you can attach a pre-made paper lace design that will make people wonder just how much work you put into creating them. 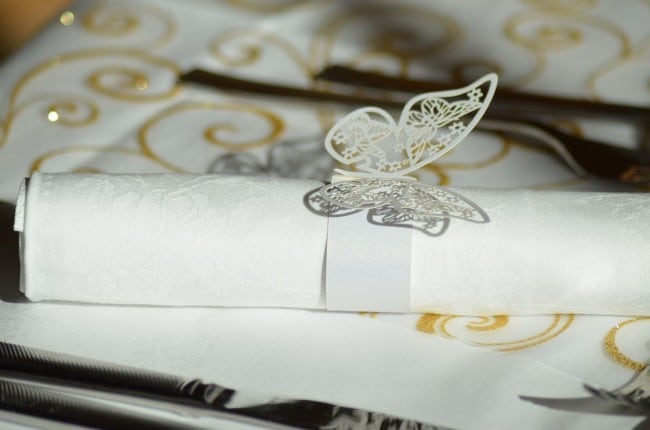 Store bought napkin rings are nice, but the ones that you make yourself are even better.

They show that you put some time into making your table setting look great, and fill in any decorative gaps on in.

They are also fairly easy to assemble, which is great for when you don’t have a lot of time, but still want to be creative.