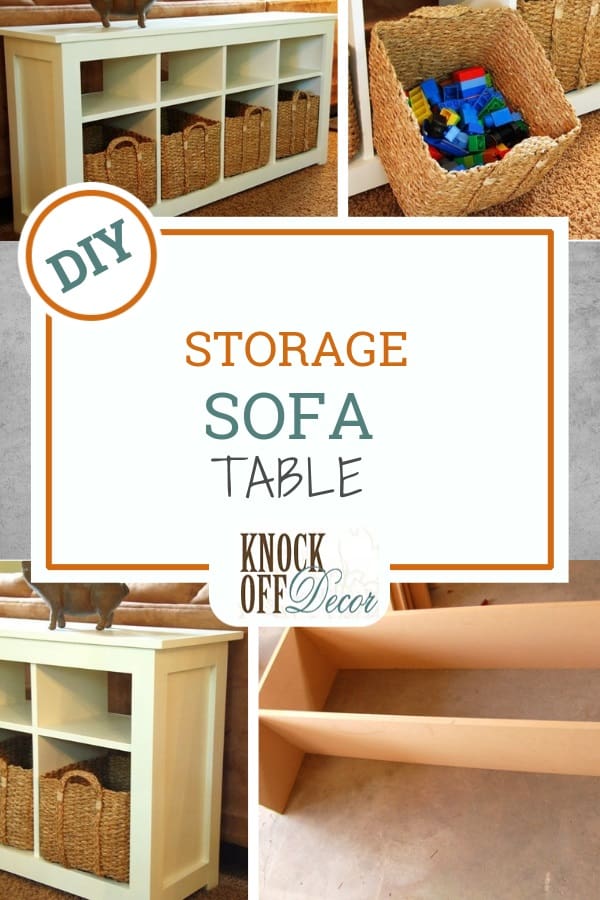 It has been almost eight years since we published the first post here on Knock Off Decor. In honor of this special benchmark, I thought it would be fun to take a look back at the most popular projects and give them another chance in the spotlight.

This first DIY has been one of the most popular posts for years. It’s an awesome knockoff, what else can you say? 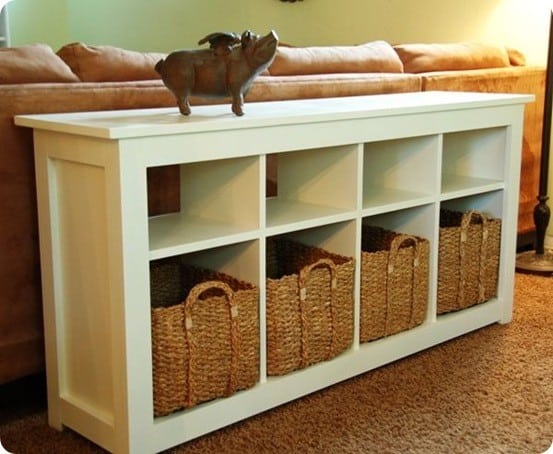 Anna from Take the Side Street is the creative mastermind behind the project. She built her own storage table to fit perfectly behind the couch in her living room.

The top and shelves were constructed from one large sheet of MDF with wood for all the trim, totaling in around $70.

This table isn’t just a pretty face but a functional piece of furniture, hiding away toys in the cute little baskets.

Anna has high hopes it will also deter her kids from climbing over the back of the couch! 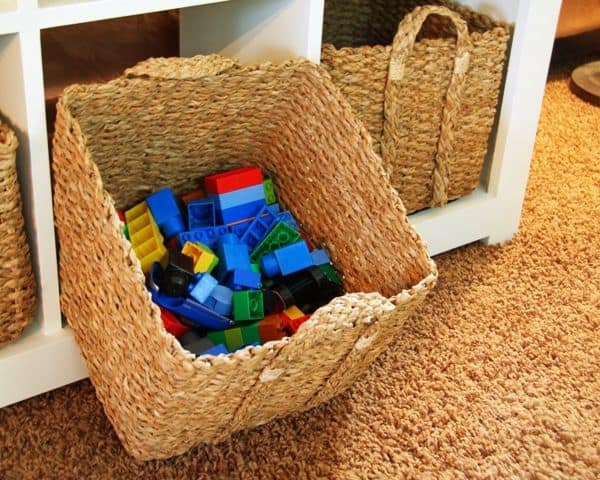 One of my favorite little touches Anna does is not on the table itself, but having to do with the added storage baskets themselves.

If you’ve ever used wicker-like baskets on shelving or in cabinets you know that while they serve a wonderful purpose and DO slide easily enough, they tend to leave scratches and what amounts to permanent markings on the tops of your shelves.

So…she did an obvious (but genius) little addition and taped felt on the bottoms of each basket.

Anna is also quick to point that she did not buy the “expensive” stick-on felt pieces but rather bought her own felt material, cut to size, and stuck it on with double-sided tape…at a fraction of the cost!

The white latex paint she chose for her table is called “Behr Cottage White”.

She chose a glossy finish and put this over an oil primer on the MDF surfaces.

When everything was dry she top coated with Polycrylic. She mentions this is not quite as strong as a polyurethane but it won’t turn your beautiful white table into a yellowish mess since it’s water-based.

Anna was inspired by the Hemnes Sofa Table from IKEA. 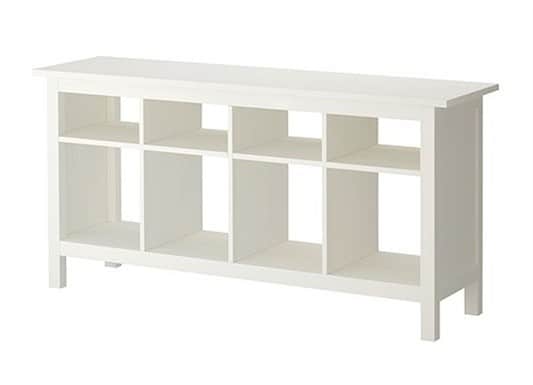 Where to See It

Anna said the total project took her a couple of weeks but just did it during free time. If you’re reasonably handy, you could probably finish this up in half a day.

Find the full building tutorial with all the details over at Take the Side Street.

Be sure and check out the many comments left on her page by people who have made this table.

There is some valuable info there should you run into any trouble or just want to have the complete low-down on the process for completing this project!

how to make more room in a narrow space... - the PEARL blog

[…] of Knock Off Décor (kids storage behind couch with […]

LOL, I have that pig too. Got it at Tai Pan. Love this sofa table, so awesome.