Angela of blue i style has a major thing for typography and can’t get enough of letters and words in home décor. From the moment Angela decided on a “vintage preppy” theme for her son’s room, she’s had her eye on wood and metal wall letters. She was able to create a knock-off version that really captures the vintage industrial vibe of her original inspiration using paper mache letters, metallic acrylic paint, scrapbook paper and nails. Angela says, “I am pretty proud of how my letters turned out! The total for my three letters rang in at less than $10.00 (about $3 each), and the entire project took me less than an hour.” 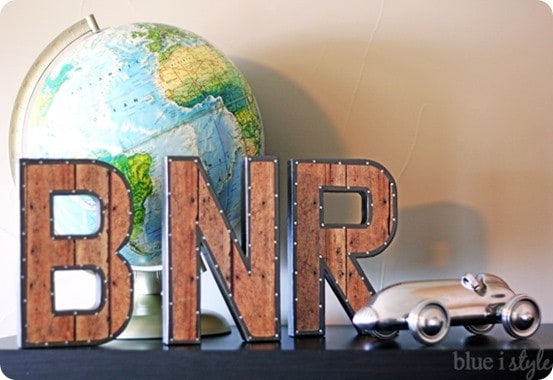 Angela was inspired by the Vintage Industrial Letters from RH Baby & Child. 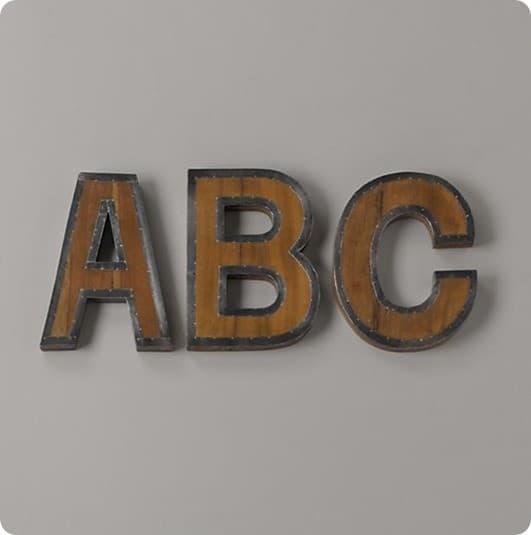 Angela shares her tutorial at blue i style.