Griffin from The Design Itch was inspired by a woven ottoman from Crate & Barrel to make her own.

Initially Griffin thought she could simply wrap a garden stool in nautical rope but discovered this solution would cost her way more than simply buying it from Crate & Barrel.

So instead Griffin thought outside the box and glued together two ceramic pots and wrapped them in rope.

Her knock-off has a similar form and the same wonderful texture as the original. 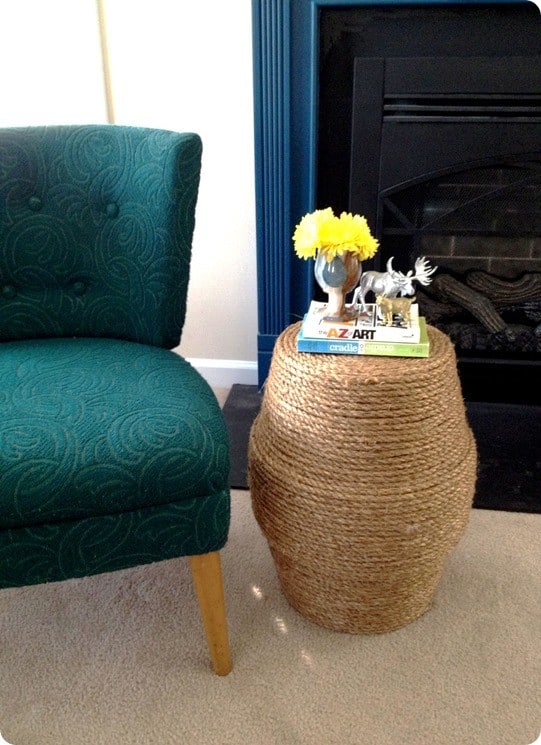 Griffin was inspired by the Samar Ottoman from Crate & Barrel.

Griffin shares her tutorial at The Design Itch.

I absolutely love your blog and find nearly all of your post's to be what precisely I'm looking for. Do you offer guest writers to write content for you? I wouldn't mind publishing a post or elaborating on a lot of the subjects you write with regards to here. Again, awesome web site!

Thanks for sharing Beckie! Here's the link to the tutorial: http://www.thedesignitch.com/2012/11/diy-rope-side-table.html Griffin

Not a problem, and I fixed all the links. Oops!

i can't find that info anywhere on her site about the rope table!!!!

I fixed all the links. Thanks for bringing this to my attention!