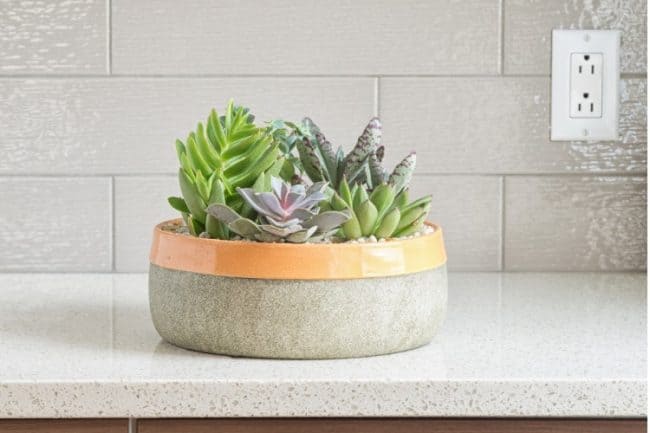 Like me, you’re probably tired of hearing “have you tried turning it off and on again?” every time an electrical appliance decides to take the day off.

And a lot of times, that advice has worked for me. But what happens when that’s not an option anymore?

A common problem that I face is when the appliance stops working and when I check the circuit breaker, it hasn’t tripped.

Switching the breaker off and on doesn’t help, either.

Electrical problems like these are commonplace, but they can be hard to identify when you don’t know where to look to find the problem.

And since it’s not sensible to go poking around electrical circuits trying to find the issue, I’ve made this helpful guide.

In just a few seconds, I’ll show you how to troubleshoot when an outlet has stopped working but the circuit breaker has not tripped and how to fix the problem.

Why Your Outlet May Have Stopped Working 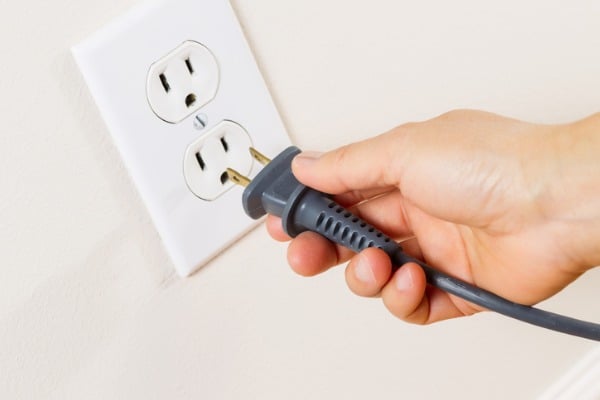 Whether it’s the light in your living room or the outlet next to your bed where you charge your phone (this one hurts the most!), here are some possible reasons why one of your outlets may have stopped working:

A GFCI (ground-fault circuit interrupter) is a special circuit breaker that is usually triggered by a ground fault.

Wondering what it looks like? A GFCI resembles a typical outlet, except it has two buttons—reset and test.

The GFCI blocks the current from flowing from the outlet when the electrical flow fluctuates.

It is designed to avoid an electrical fire. It also prevents you from getting an electric shock or seriously damaging your appliances.

If a GFCI in the same circuit as your non-functional outlet has tripped, it will block the power until you switch it back on.

Since I’ve found a tripped GFCI to be the cause of many a non-functional outlet, my first recommendation would be to test it (I’ve shared the steps below!)

Damaged wires are the next thing I look for when I can’t find a visible problem with my electrical outlets.

Why? Because when the wiring is damaged or old and worn out, they may not be able to transmit electricity leading to a dead outlet.

Damaged wires are honestly not very difficult to spot. You can often diagnose the issue even without taking the outlet apart.

Simply check for burn marks around the outlet or listen for “crinkling” sounds when you switch on the outlet.

What you need to do here is to remove the outlet and check for any loose connections.

There are three main kinds of loose connections: 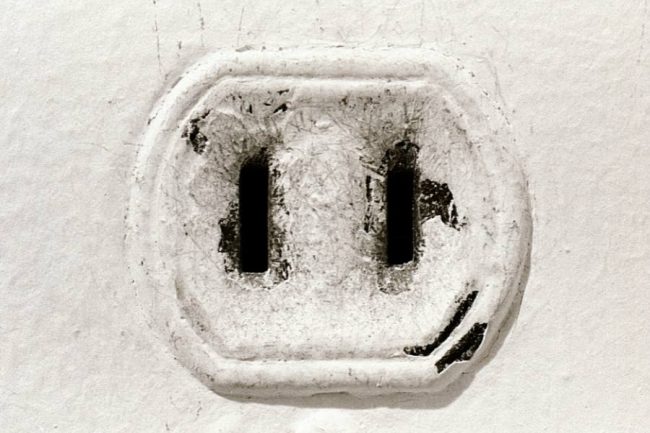 Like every electrical component, outlets have a limited lifespan too.

If you use an outlet far too often, it can wear out quicker than the other outlets in your house.

This is pretty common for those who live in older houses, as there’s a high chance that the outlets were never replaced since the house was built.

All you have to do is visually examine the outlet to see if it’s cracked, warped, discolored (but not black), etc.

Another reason why an outlet is not working is that it has burnt out, along with the wires inside.

You will notice black spots or streaks all over the outlet when this happens.

To make sure it’s actually burnt, turn off the circuit that the outlet is connected to and open the outlet for an inspection.

How to Fix an Outlet That Stopped Working

Learning how to troubleshoot is just the first step, and I’m glad you have stayed with me so far.

Now I’m going to walk you through how to fix each of the issues I mentioned above.

This can work for any outlet in your home – check out our guide on fixing an outdoor outlet that isn’t working for specific details on that.

It’s time to bring out the tools! 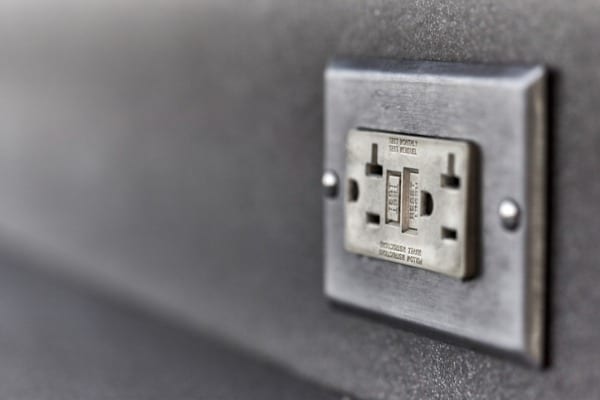 Before doing anything, always follow the safety procedure of switching off and unplugging all appliances connected to that particular circuit.

Now on to testing the GFCI.

GFCI models manufactured post-2015 have a self-test feature, including LEDs. Depending on the brand, make, and model, the outlet can have between one and three lights.

Green means your outlet is working perfectly, while yellow indicates it tripped. If the red light switches on or blinks, call a professional.

If your GFCI tripped or you see the yellow light, here’s how you should test and rest the outlet:

If the GFCI doesn’t reset even after you’ve pressed the button, you have a more serious issue, ranging from a compromised outlet to damaged wiring.

Turn off the circuit breaker for the affected circuit and call a professional in this event.

If the wires inside your outlet have been damaged or the outlet is worn out or burnt, your only solution will be to replace the electrical components.

If your building codes allow for DIY repairs or you’re comfortable handling electricals, here are the steps you need to follow:

Should you be doubtful, call a professional electrician (recommended!) who can do it properly for you.

If loose connections (terminal screws) are the source of your problems, you simply need to tighten them up to make your outlet work again.

Follow steps 1 through 7 as described above. Once your wires are their desired length, reattach to the same receptacle, secure properly and screw the receptacle back to the wall. Re-attach the wall plate and test for power.

If you find loose stab-in connections while troubleshooting your non-functional outlet, remove the wires and switch (pun intended) them to screw terminals instead. 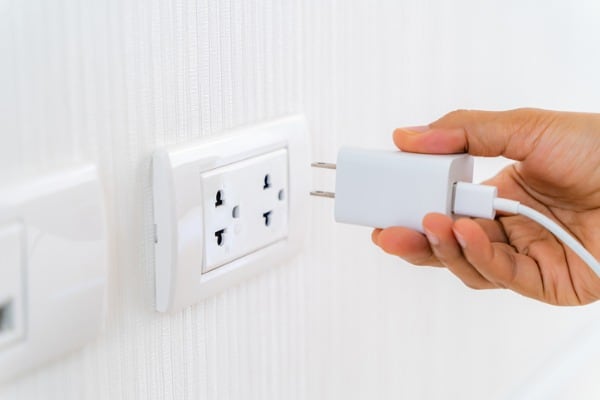 What’s worse than a situation where one crucial outlet at home stops working?

Many people (including me) have faced this issue where multiple outlets stop working even though the breaker hasn’t tripped.

When this happens, the most likely cause is that the GFCI has tripped, causing outages in multiple outlets.

Many homes may have a single GFCI protecting every outlet in a circuit. Resetting the GFCI (by following the instructions above) will usually do the trick.

I have also made the mistake of assuming that multiple outlets in my home were not working because I used the same testing appliance in all of them.

It turns out it was the appliance that was dead, not the outlets.

If you’d like to read more in-depth details about this issue and how to solve it, you can read my article on it here.

Is a Dead Outlet Dangerous?

Yes. Dead outlets are potentially a fire risk until you figure out and fix what is wrong with them.

For example, if the insulation around the wires has melted, the exposed wires can touch and cause a short circuit.

This is a serious fire hazard and should be addressed immediately.

Why Is My Top Outlet Working but Bottom One Isn’t?

When one half of an outlet is working, but the other half isn’t, it is likely that something inside the outlet is damaged.

This could be due to incorrect wiring, a worn-out outlet, faulty wire nut, etc. Get it checked by an electrician to diagnose and fix the issue.

Why Is Power Out in One Room but Breaker Isn’t Tripped?

If the power in one of the rooms has gone out, but the breaker hasn’t tripped, it is likely that your GFCI outlet has tripped.

Other reasons for this issue include faulty wiring or worn-out outlets that need to be changed.

Now you know of all possible reasons why your outlet stopped working even though the breaker was not tripped.

You’re also relatively familiar with how to troubleshoot and fix possible issues.

While you’re at it, you can also think about adding another outlet wired from the first outlet for some extra plugs (handy in today’s device-heavy world!).

Before putting my solutions to the test, always remember to stay safe—wear protective gear and switch off the main breaker.

If you’re unsure about dealing with the wirings or testing the GFCI, it’s always better to trust your gut and contact a professional instead!

Thank you for explaining some of the reasons why the outlet might not be working. I've been wondering how to fix our outlet since it stopped working a few days ago. I'll be sure to ask our electrician which of these it might be.

Thanks for all the very helpful tips and information--they can certainly help prevent a lot of frustration, and possibly even injury! Regarding the outlet where only one outlet of the duplex is working, another possibility (which I've learned by wasting a lot of time searching for a problem) is that one of the outlets is controlled by a wall switch. This is especially common in bedrooms, when the switch is used to control a table lamp. Look forward to future posts!