Brynne of The Gathered Home fell in love with the Block 2 light created by the talented Henry Pilcher and immediately knew she wanted to do a “spinoff” DIY. Instead of recreating the look with wood as in the original, Brynne decided to use copper plumbing pipe. She also used an Ikea Foto pendant, spray painted glossy black, and built the icosahedron around it with copper pipe pieces and copper wire. Inspiration: $2111. Brynne’s DIY version: $50. 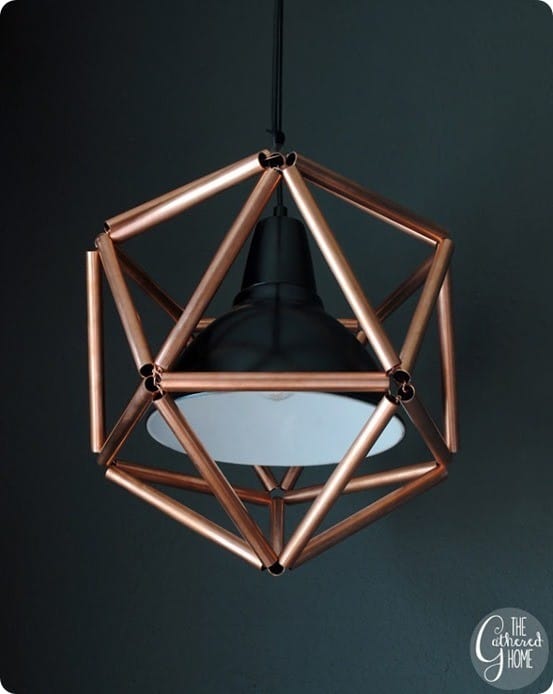 Brynne was inspired by the Block 2 by Henry Pilcher. 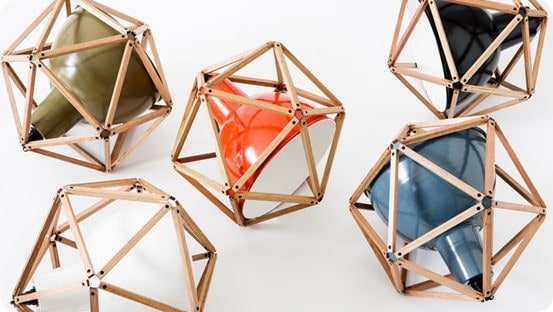 The complete tutorial can be found at The Gathered Home.

What Megan said, love the copper look over the wood. The best part is that price tag, well below retail value. Great work Brynne!

This is such a great DIY! I personally like the look of the copper over the wood :)

Thank you so much for featuring my light fixture! I am thrilled to see it up here on your wonderful blog (by the way, I don't know how you keep up with everything you do!).

I LOVE your light, Brynne. Thanks so much for sharing it with KOD readers! (I'm not quite sure how I keep up with it all either. Ha! ;)