Mari of Crab+Fish almost bought these feathery ornaments from West Elm before she realized they couldn’t be that hard to replicate. With a few minutes of time and a Styrofoam ball, ric rac, and feathers, Mari did just that! She says, “ My version isn’t quite as fancy and flouncy and orderly as West Elm’s version…but I like my puffball version better!” 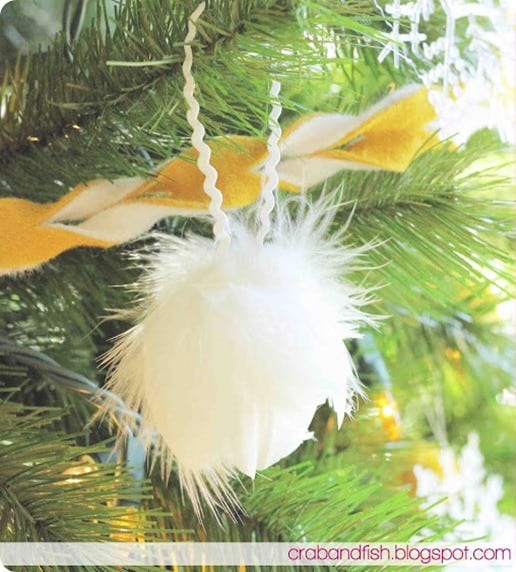 The original inspiration came from the Feather Ball Ornament from West Elm. 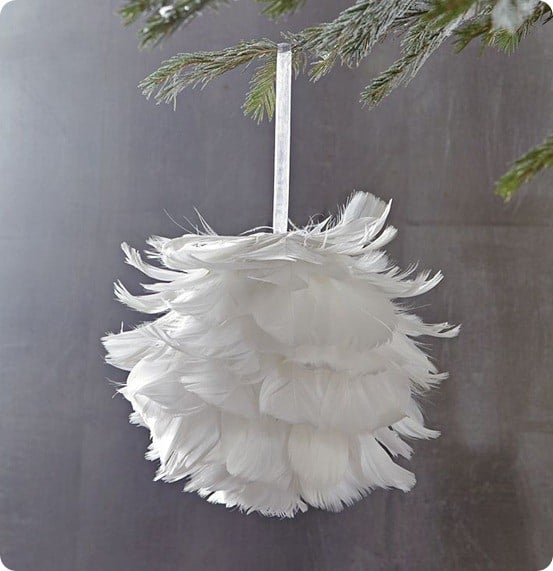