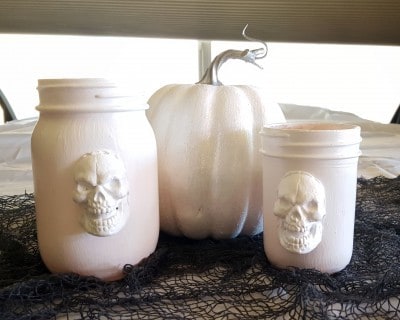 In this year’s Halloween décor, I am aiming for an elegant, slightly creepy, metallic and white look. I was perusing Pottery Barn’s Halloween Shop and came across the Skull Ceramic Vase. It is the perfect combination of spooky and classy, with the slightly flaking paint and all-white exterior. 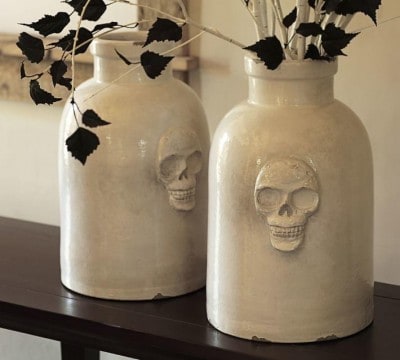 I don’t have any ceramic vases or milk jugs lying around, but I do have mason jars so I decided to try to re-create the vases as jars that could be used as candle holders. I also used two skulls from a $3.49 package of skulls that I got at Wal Mart. 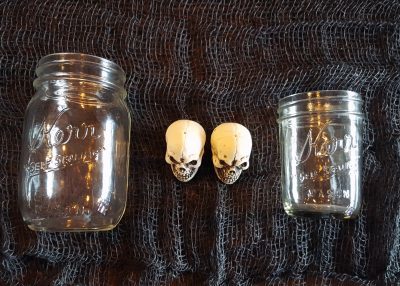 Cutting the skulls was the most difficult part of this process, I tried a hack saw and scissors before I finally just used a serrated kitchen knife. The plastic was surprisingly thick, so it took a few minutes to saw through. The backside was very rough so I took some sandpaper and smoothed out the edges. 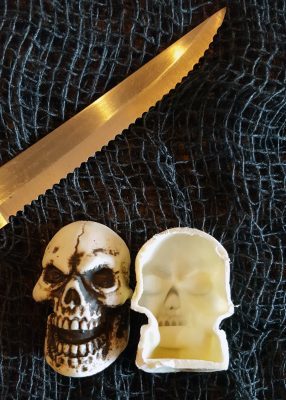 I used a hot glue gun to attach the skulls to the mason jars. Make sure you fill in the spaces where you didn’t cut perfectly so the skull doesn’t fall off when you paint! 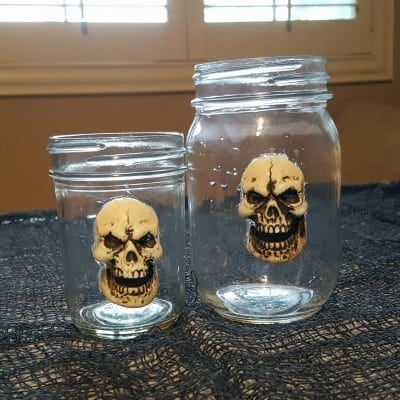 I used a gloss white craft paint to paint the jars, which left brush strokes and took 5 coats to get the look I was going for. I would recommend going with a gloss spray paint if you want the project to move a little quicker! 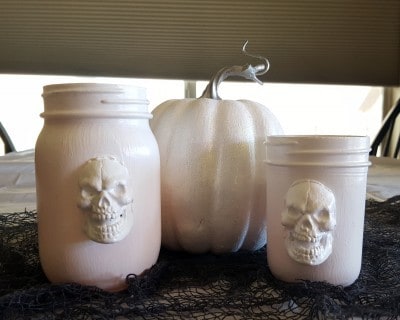 Overall, I think they turned out beautifully and they look perfectly spooky with an orange candle inside.

Very clever there! I am thinking lots possibilities for this technique.