Erika from Retropolitan purchased a few sheets of marbled paper online and used it to recover an old wooden box she had picked up at the thrift store for a couple dollars. She says, “It was a fairly easy decoupage project that took about a half hour to do. I think it turned out pretty great for only $3 and a few minutes of my time.” After making over her box, Erika just so happened to notice that West Elm sells an agate box that looks crazy similar for $49 to $79! 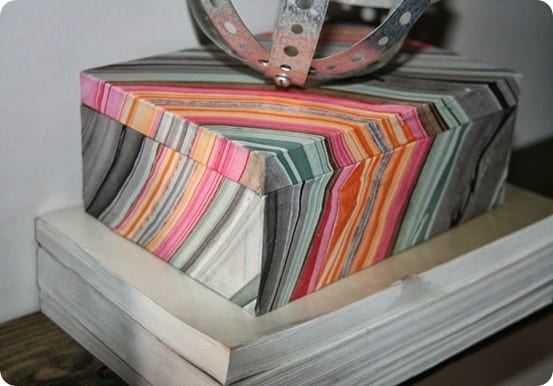 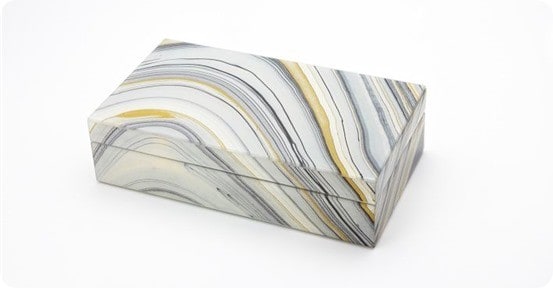