Melissa of The Happier Homemaker shares at Pretty Handy Girl how to create an Anthropologie-inspired octopus pillow for less than $10. Melissa saved money on her pillow cover by sewing it from tea towels. In addition to being cheap, the tea towels are also sheer enough that the octopus design could be placed underneath and and easily traced with a Sharpie. The possibilities are basically endless with this technique. Simply trace your image of choice onto the tea towel and sew it into a unique pillow cover! 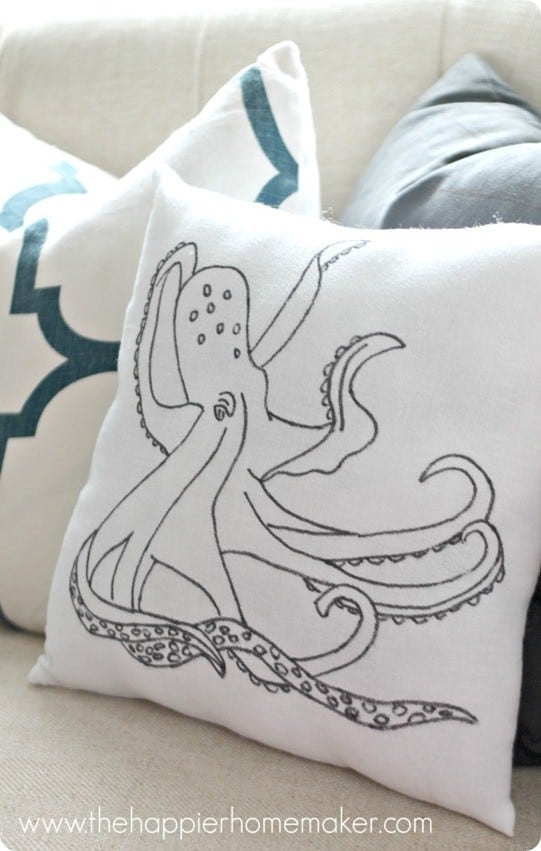 Melissa was inspired by the Twisting Tentacles Pillow from Anthropologie. 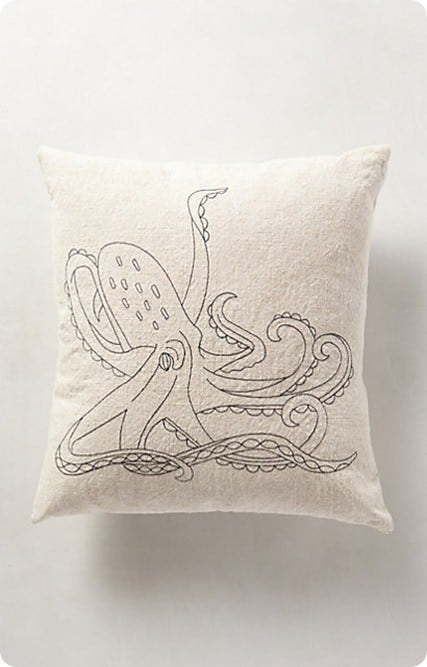 Go to Pretty Handy Girl for the tutorial.