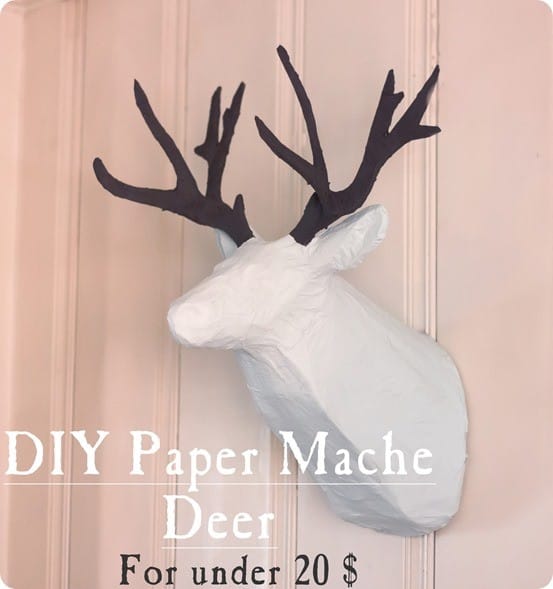 Camille was inspired by the Papier-Mache White Deer Animal Sculpture from West Elm. 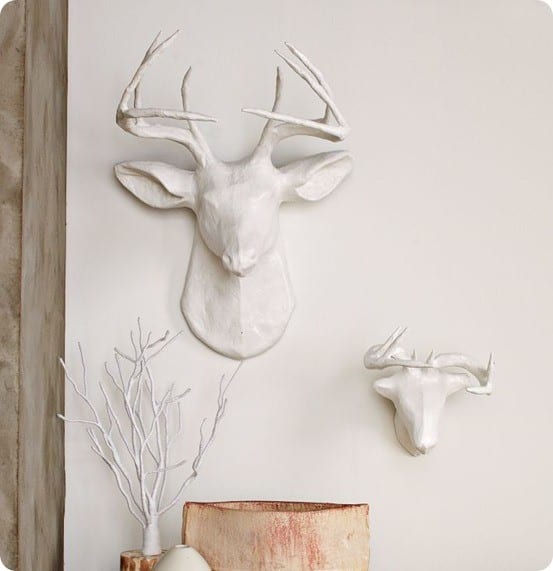 These are so great! You can have a wonderful deer head ornament, without killing an actual deer!

thanks again so much for the feature! This is still my most popular post on my blog. And my husband still hates it lol.. he is gold now :)

Ha! Your deer head really did come out looking awesome, no matter what the hubs says. ;-)