Ashley from Bigger Than the Three of Us is in the midst of a kitchen remodel. Even though the decorating part is still a ways away, Ashley says she can’t help thinking and dreaming about that fun part. Ashley ended up falling hard for a white minimalist clock from West Elm and was able to recreate it using a plate. The curve of the plate mimics the look of West Elm’s clock to perfection and makes for such an easy DIY! 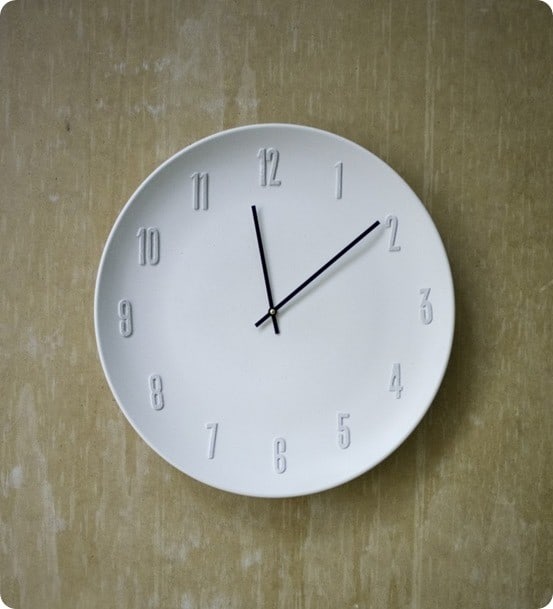 Ashley was inspired by the Tonal Color Wall Clock from West Elm. 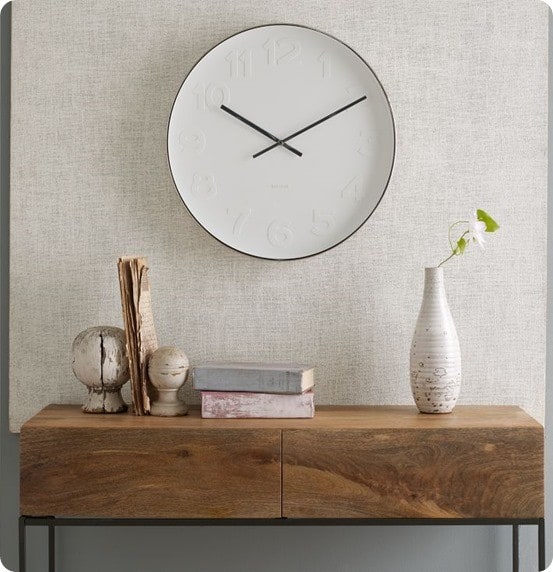 Go to Bigger Than the Three of Us for the detailed tutorial.

Thanks so much for the feature!