Rachael of Lovely Crafty Home was in the market for a new duvet cover and decided to test her newly improved sewing skills and make her own. Like Rachael says, “A duvet cover is just a giant pillow, right?” She combined together a drop cloth, a cheapo sheet, and fabric from Wal-mart to make her lovely ruffled duvet cover. While this was hardly a simple project, Rachael says, “All the hard work and getting stabbed by pins totally paid off.” 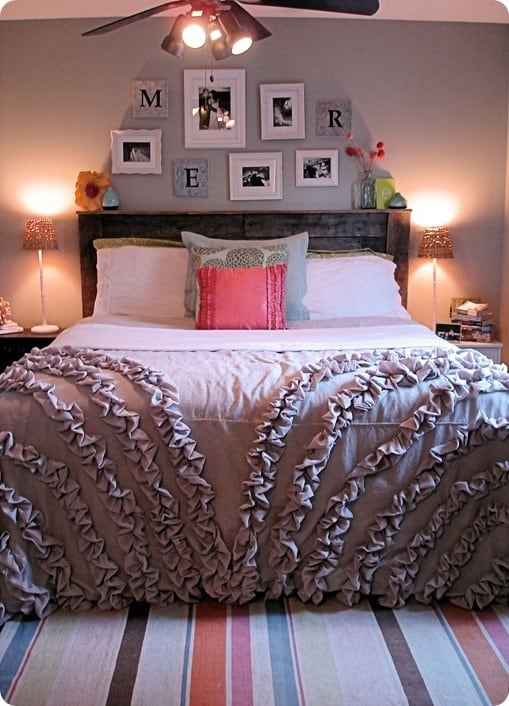 Rachael was inspired by the Corner Ruffle Duvet Cover that is no longer available at Urban Outfitters.