You know those time when you need a way to transport cupcakes to your child’s class for a birthday or to a party at a friend’s house, but, alas, you have no way to carry them? Jaime from That’s My Letter has the answer to all your cupcake carrying needs with this Anthropologie-inspired wooden cupcake carrier. The simple wood box has trays with holes that the cupcakes fit snugly inside. You simply slide out a tray when it’s time to serve. As Jaime suggests, you could also make trays to hold mini cupcakes. Yum! Who wants to make a cupcake carrier with Jaime’s FREE plans and carry some cupcakes right on over to my house?!? 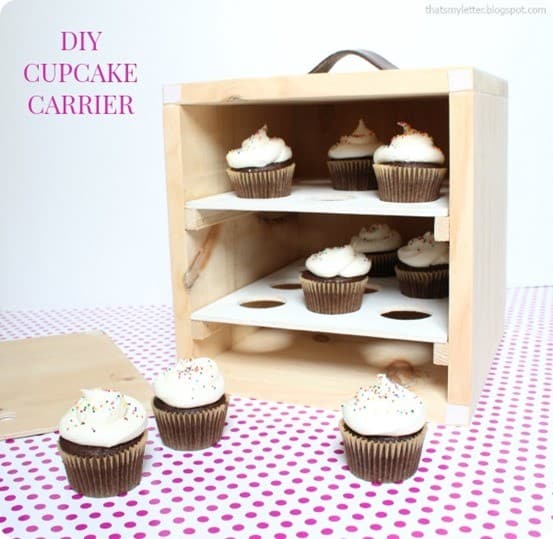 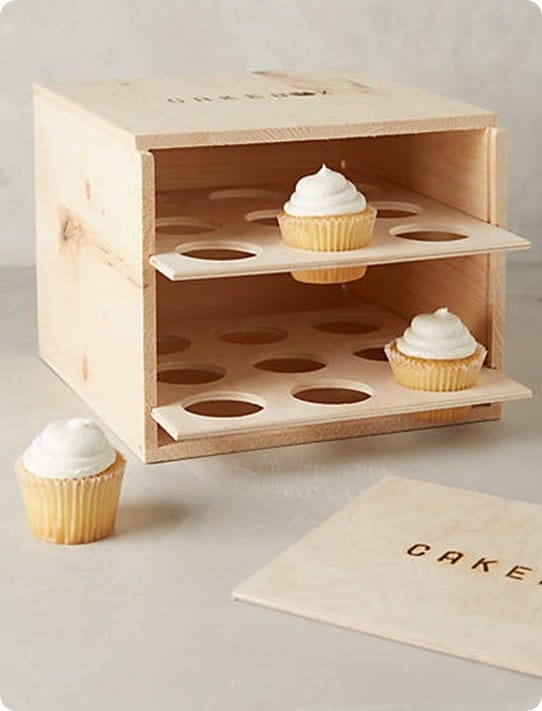 Go to That’s My Letter for the FREE plans and building tutorial.