Angela from Unexpected Elegance just loves Anthropologie and the eclectic, timeworn feel of the store. She says, “ They sell certain one-0f-a-kind things that can’t be duplicated but others that are total DIY projects waiting to happen.” This library letter was a DIY-waiting-to-happen kind of project! Angela already had tons of books on hand so it was just a matter of tracing, clamping, cutting, and gilding. I love the unexpected touch of gold around the edges! 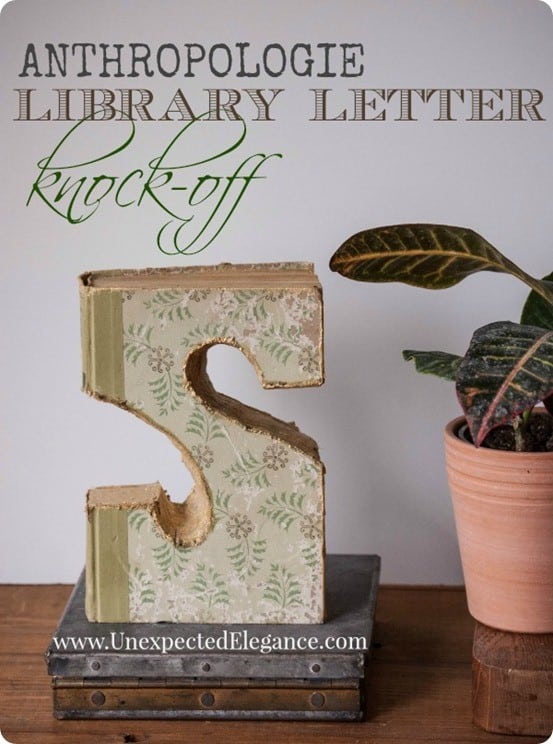 Angela was inspired by the Library Letter from Anthropologie. 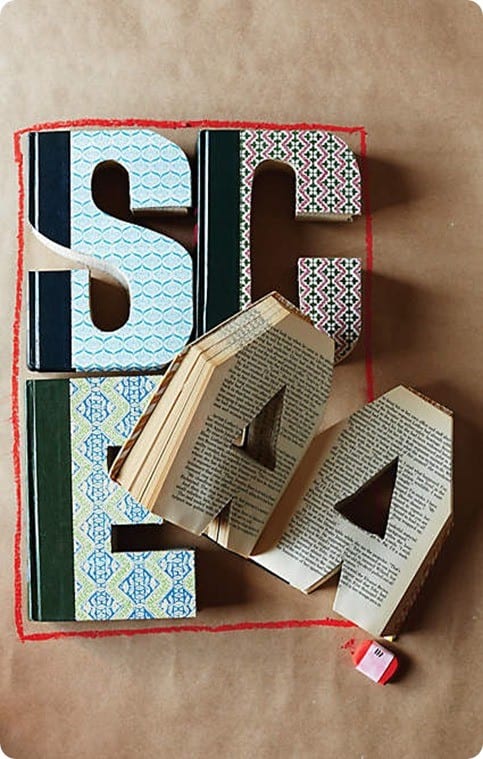 Go to Unexpected Elegance for the tutorial.