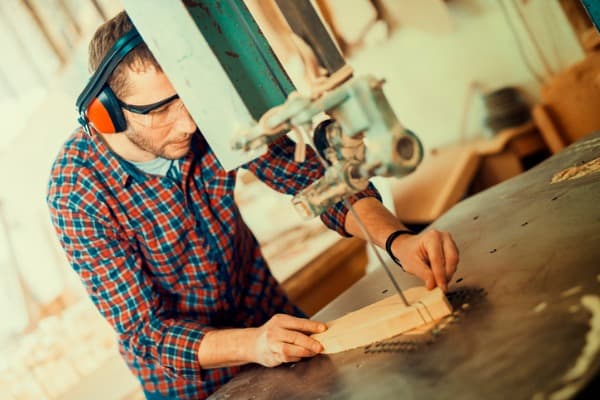 The Family of saw is quite large. Among them, the band saw is one of the coolest members. It is a miniature genre of saw-mill. If you are dealing with cutting wood or metal, you will eventually face this gorgeous tool sooner or later.

In this piece, I am going to discuss 7 cool band saw uses in detail.

The band saw is a powerful saw. Also, the saw is very sharp. It is mostly used in the woodworking and metalworking industry. However, other industries also make use of this power saw too. If you are planning to buy a band saw, you will be amazed to know it’s verities of uses.

From creating an artistic design to re-sawing, a band saw is widely viewed as a smart tool.

If you examine its design, you will have an idea regarding the various uses of the band saw. A band saw is incorporated with 2 or 3 wheels. These wheels turn a blade band repeatedly in a single direction.

The band saw contains a motor. There are options for adjustments in the machine according to the size of the workpiece and the required speed for cutting. You can do meter cuts, angular cuts, etc. based on the features of the table and surface.

Besides, there are portable band saws available in the market. Although the portable one receives less attention from people, it is handy and gorgeous and can also be utilized for various purposes.

Making curved and circular cuts is one of the most famous tasks of a band saw. With a band saw, both hands of the user can direct the stock for feeding to the blade.

As a result, the user will have more control over the cutting process. For compact curves, use a narrow blade with a lot of teeth, such as 1/8 inch or 1/16 inch to achieve a fine finish.

You can pile up and cut more materials together with a band saw. You can adjust the cutting length by elevating the guide and revealing more portions of the blade.

But remember, if you are dealing with a curve that is too tight, then you have to create relief cuts during the process. This will stop the blade from binding.

Since the introduction, the band saw is widely used to rip lumbers. It has a marvelous cutting ability. You can rip through large pieces of lumbers in equal sizes.

These pieces can be utilized in many ways. For example, if you need some lumber pieces for your fence, the band saw is the tool you need.

Talking about ripping lumbers, I should mention here that the band saw is also used for rip cutting.

For rip cutting, it utilizes a slim cutting frame. The woods do not get distorted. You can cut according to your required dimension. A rip cut is quite similar to re-sawing.

However, there is a slight difference. Re-sawing means cutting the workpiece across its thickness. While rip cut is related to cutting a woodblock across the grain.

Re-sawing is a challenging task for most of the saws. Re-sawing means cutting the workpiece following its thickness. By re-sawing, you will get two pieces with matching inner sides. The band saw is quite passionate about this job.

As the resulting pieces are similar to each other, they can be used for a mirror-effect. For example, pieces after re-sawing are best suited for cabinet doors.

You can utilize the band saw for cutting multiple pieces of wood at the same time. This will buy you some additional time while cutting.

The procedure is simple. Gather the pieces of wood and put them under the blade like a single piece. After starting to cut the pieces, you will feel like cutting a single piece of wood! 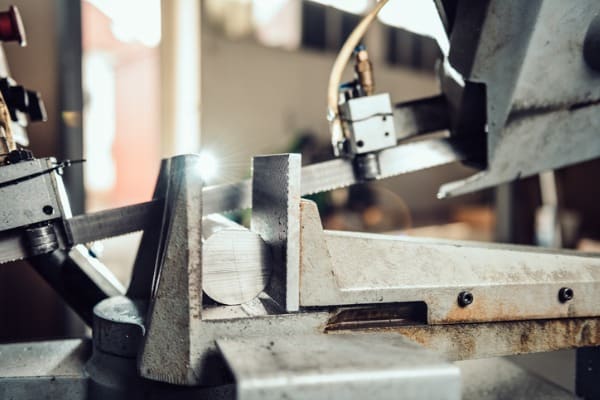 The band saw is an expert in cutting metals. The sharp blade of the band saw makes it more perfect than other saws to cut metals. There are various types of metal workpieces such as metal sheets, metal tubing, etc.

You can nicely cut these materials with the help of a band saw. The blade can be changed according to the required shape you want to make.

Another use of band saw is creating decorative veneers. For making veneers, you have to chop a workpiece on its thickness. It is quite similar to re-sawing.

However, the slices for veneers are thinner than the products of re-sawing. These thin pieces of veneers can be utilized as decorative coverings of tea-tables, doors, and cabinets. Also, you can cover any fault or scratches with the veneers.

As I stated earlier, the band saw is not limited to the woodworking or metal industry. Another cool use of a band saw is found in the slaughter houses. The sharp blade of the band saw can cut through the bones of animals smoothly.

The band saw is a versatile power tool. A creative mind with sharp skills can do a lot of things with it. If you are not that familiar with different types of saws, you may not hear the name of the band saw.

However, if you keep on handling saws, you will meet with a band saw in due course. Hope this article on 7 cool band saw uses serves well.