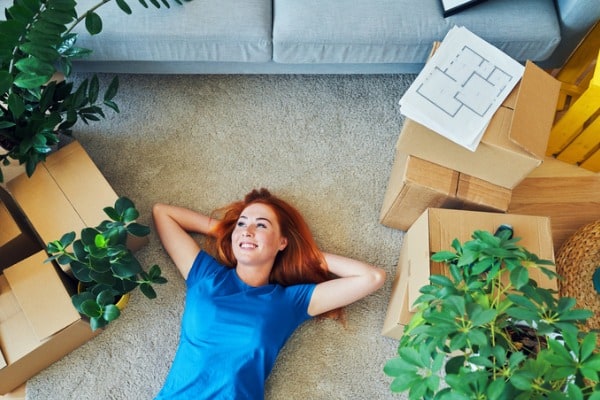 For the past few years, minimalism has been all the rage. In an era when mankind has more access to technology and everyday items than ever before, we’re all trying to figure out how we can stop our consumer mindsets and do with less.

One such output of that mentality is the concept of living in a microapartment. A microapartment is exactly what it sounds like — an incredibly small apartment, often no more than a few hundred square feet. In this article, we’ll take a look at the pros and cons of living in microapartments and whether or not this lifestyle is truly feasible for you.

It’s important to note, though, that most microapartments still have all the standard functionality of a regular apartment. They have a bathroom. They have kitchen appliances so you can cook. They’ll have space to put a bed so you can sleep.

But extraneous space is virtually nil, so you’re going to have to be creative with your furnishing options if you really want to live in a microapartment. Consequently, there are many microapartment interior designers that specialize in the setup of such a small space. Hiring such a designer could easily be one of the most valuable investments you make if you decide that this lifestyle is for you.

There are several advantages and disadvantages to the microapartment lifestyle. First, let’s talk about the advantages.

First and foremost, microapartments are relatively inexpensive. It makes a lot of sense — there’s less space in one, so rent on one is typically going to be pretty cheap. In addition, they are very environmentally friendly since so many micro apartments can be built in a small area, reducing land wastage.

In addition, once you move in, you’ll spend less furnishing the place since you have less space to put things! And if you really want to let go of a materialistic lifestyle, then there are few better ways to do so.

However, it should be rather obvious that microapartments do come with a big disadvantage as well. There’s virtually no privacy in the open layouts of a microapartment, so living in one with anyone else will be an exercise in patience. That also applies for whenever you have a guest over, make it incredibly hard to entertain.

Is a Microapartment Right for You?

There you have it. With this guide to microapartments under your belt, you should have a much better understanding of whether or not this type of living space is right for you. The microapartment lifestyle can be an enjoyable one, but it definitely takes a particular type of person!

For more real estate advice, you’re in the right place! Be sure to take some time to check out the rest of the articles on the website before you leave!