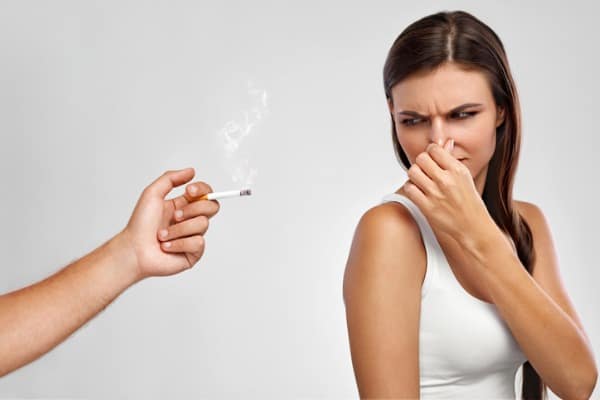 You already know that cigarette smoking is bad for your health.

You also know that it’s bad for those around you due to secondhand smoke.

However, you may not know that third-hand smoke is bad for you and your loved ones.

You may not even know what third-hand smoke is.

Third-hand smoke is the residue from the secondhand smoke that lingers on the skin and clothing, as well as, household items like furniture.

This cigarette smoke can also linger to the walls and décor of a house long after the smoking occupant vacates it.

Unfortunately, third-hand smoke clings to air and dust too, and this makes getting rid of it very difficult.

It’s important to note that this smoke contains chemicals like nicotine, which are dangerous to human health.

Don’t forget that even if the previous occupant of the house or apartment you moved into was using an innovative device like vapingdaily 510 vape pen, you might still be exposed to third-hand vapor.

Chemicals like nicotine that are exhaled by vapers can travel via air vents and leave residue on different surfaces of a house.

Thus, if you suspect that the occupant of the house you are moving to was a vaper, consider removing cigarette smoke from décor and walls too.

Research has shown that electronic cigarettes are a major source of third-hand nicotine exposure.

This should be a reason to worry about the cigarette smoke on your walls and décor.

Nevertheless, it’s possible to get rid of this smoke. Here is a step-by-step guide to help you.

Step 1: Use Vinegar to Remove Cigarette Smoke from Walls 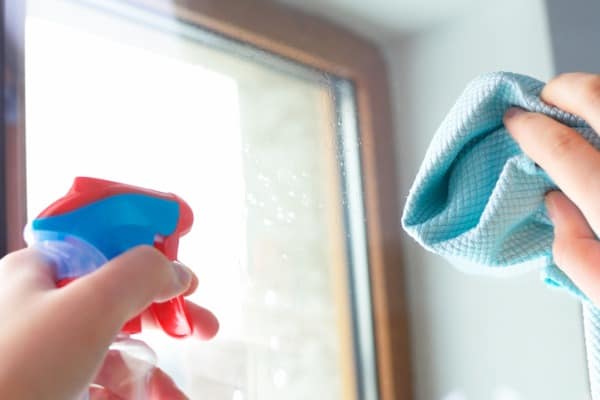 Cigarette smoke creates a greasy residue on the ceiling and walls.

That’s because it floats in the air and eventually settles on these hard surfaces.

This residue attaches to the ceilings and upper half of the wall.

However, if the smoker produced a significant amount of smoke, it may hang down the walls and even on the floor.

Some vaping devices like 510 thread vape pen may produce intense vapor when used by experienced vapers.

This can leave more residues behind than devices that produce light vapor.

A vinegar/water mixture is the best solution for removing this residue.

Fill a bucket with 25% water and 75% vinegar. Add a little water if the mixture becomes too hard to touch or smell.

Submerge a towel or rug into this mixture and then squeeze it just to remove some liquid.

Start cleaning the top corner and wipe it down. Rinse the towel or rug and repeat the same procedure.

Once you’re done cleaning one part of your wall, go to the next until you’ve cleaned walls in the entire house.

You may have to prepare a fresh mixture every time it gets dirty. The same process can be repeated with the ceilings.

Note that vinegar absorbs bad odor from cigarette smoke. Therefore, leave a thin layer of it on the walls and ceilings. 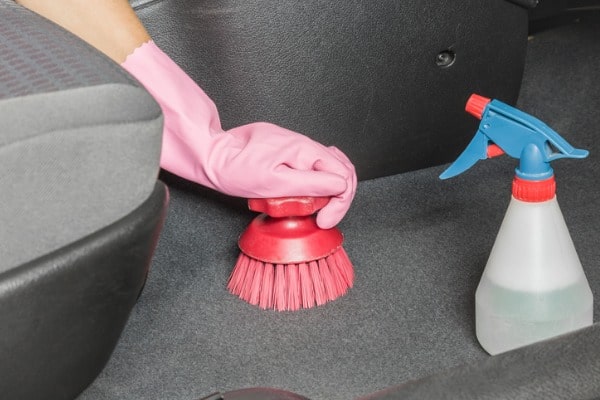 If you send a loved one that doesn’t smoke or vape to buy you a 510 thread battery in a vape shop, risk exposing them to third-hand smoke or vapor.

That’s because people tend to use or test the devices sold by the shop before buying.

As such, this vapor may be attached to the fabrics of the shop.

Many smokers avoid lighting up cigarettes around non-smokers and smoking indoors due to the already known health effects of both second-and third-hand smoke.

However, some people smoke or vape in their homes and cars.

That means there could be deposition of cigarette smoke on fabrics that form part of the décor of a house.

According to Reuters, researchers established that e-cigarette chemicals could move from a vape shop to the nearby businesses.

That means you could have fabrics in your home that already have cigarette smoke or vapor residue.

But, if you have a removable fabric in your home, such as bedding, pillows, curtains, and blankets, that have cigarette smoke, you can clean them at once.

Add 2 cups of strong vinegar to one load of a large washing machine.

Avoid drying the fabrics at a high temperature because heat may reactivate the smell of smoke.

Therefore, use a fluff cycle or low heat. Dry the fabrics in the sun if possible.

Step 3: Use Baking Soda on Furniture and Carpets 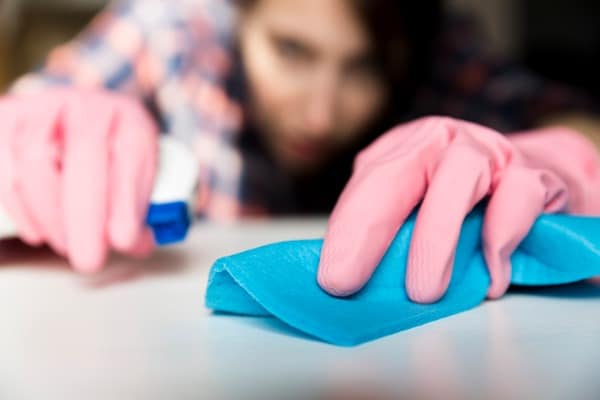 After removing cigarette smoke from the walls and most fabrics, you’re now left with the carpet, mattresses, and furniture.

Baking soda is the best bet solution for removing cigarette smoke from these items.

Sprinkle baking soda on the soft surfaces of the house generously. Fill a 2-cup measuring cup with the baking soda.

Pour some of it to a colander and shake colander over fabric or carpet. This will disperse the solution evenly.

Move around the house to ensure that your furniture, carpet, mattresses, and fabrics are covered in a baking soda layer.

The items should look like they have a thin snow layer. Leave the baking soda on the items for 30 to 60 minutes.

As you wait for baking soda to do its magic, help work it in soft surfaces by rubbing it gently over fabrics. You can also walk around your carpeted rooms.

Make sure that you remain moist because baking soda can form a paste that will give you a hard time trying to remove. As the baking soda absorbs odor, clean the hard surfaces.

After 30 to 60 minutes, vacuum all baking soda from the room.

Use attachments on mattresses and furniture, as well as a roller brush when vacuuming the carpet.

If the person occupying the house was using a powerful 510 thread pen or a stronger device, the smoke or vapor might still be present. If so, repeat the process. 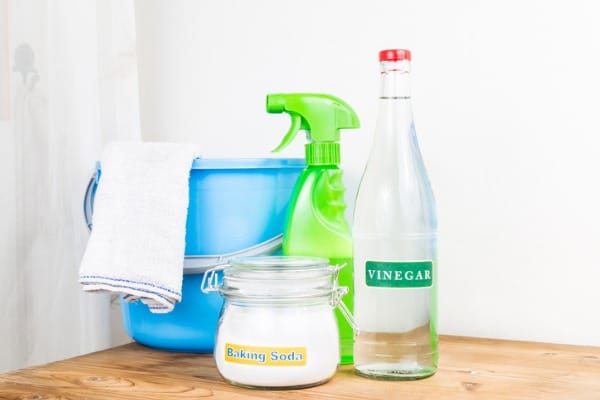 Research has shown that more vapers are likely to stop using cigarettes.

However, both smoking and vaping can leave a residue like smoke on walls and décor.

Removing cigarette smoke from walls and décor is not easy.

Nevertheless, if you follow the steps highlighted in this article, you can get rid of cigarette smoke completely.

If the previous occupant was a heavy indoor smoker or user of a strong device like a powerful vape battery pen, you might have to repeat some steps to remove the residue fully.