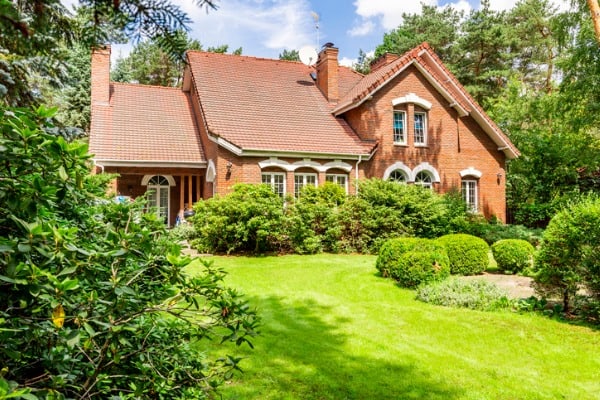 There comes a time in the period of ownership of an historic New England home when the house’s exterior must be restored. As the years pass, environmental pressures and weather patterns begin to wear on the paint and materials, leaving a dull appearance and stealing the vitality that once characterized your New England home.

Fortunately, you do not have to settle for that kind of decline. In the examples discussed here, you will see just how effective an experienced restoration crew can be in restoring your Historic Boston home.

Brick is a common element in the design of several New England homes and is often a focal point in the aesthetics. This is not without justification, as the rich, earthy colors of brick lend the material the ability to infuse the culture and life of yesteryear into the present.

How? The use of brick in the construction of homes is a practice highly characteristic of early colonial times, as this method offered the most structural integrity compared to other techniques used throughout the 17th through 19th centuries.

Owners of historic Boston homes are familiar with the value of brick as a home design element. This sentimental awareness led the owner of the 1897 Victorian home, located in the Pill Hill District of Brookline, to seek professional assistance in brick restoration.

To accomplish this, the Catchlight Painting team completed several steps in a process to return the home’s exterior to its original glory.

Before its restoration, the home appeared uninspired and flat, with an increasingly decayed look to the home’s exterior, given the clunky application of the paint overlaying the brick wall. The monotoned hue – which, by the way, did no justice to the normally breathtaking “brick red” – took away from the home’s antique charm, instead making it an eyesore on the block.

Removing these paint layers took a great deal of determination and persistence. Care had to be taken to ensure that any application of harsh solvents was avoided, as such chemicals could severely damage the century-old brick and mortar.

Once the appropriate measures were used, however, the results were awe-inspiring. The juxtaposition of the brick in its original form alongside the wood was restored. The project was completed with a fresh coat of paint to all the wood siding bring the revitalization to a close.

Many New England homes are distinguished by unique color schemes, some of which cannot be found in today’s houses. Rich, contrasting colors such as greens, reds, yellows, and blues would not be seen as “cohesive” in the eyes of most homeowners today.

Yet, those in tune with the olden styles of colonial-era residences know just how to make these color combinations work. Take this 1875 Gothic Revival Victorian home from Newton, for example.

Erected during a time when both England and America were reintroducing Gothic architecture into mainstream construction once again, this home had reached a point in its aging where it needed touchups, not only for paint, but also for carpentry.

The home had retained the original slate roof (a choice material for Gothic Revival homes), making the job of restoring the plywood a bit tricky, but not impossible.

Using the Benjamin Moore’s Aura product line, the paint was restored with a spraying technique. This practice is not only the most economical option for both the Catchlight team and the homeowner but provides the most even coating and the best possible appearance.

Century-old paint drips were removed from the roof, further returning the home to its original, pristine condition. Even the functional wooden shutters were removed and taken to the shop for cleaning and the application of two new coats of paint.

Once complete, this historic home was once again the stunning spectacle it had been in the late 19th century. With its towering dormer peaks, detailed columns, and ornate window designs, this home graces its street. Its original splendor has been regifted to the neighborhood, setting it out for another century of providing the residents of Newton, MA another beautiful look into times past.

The ownership of an historic New England home entails a large amount of responsibility, a burden that few homeowners can bear. The structure must be tended to in a manner that preserves both the history of the period in which the home was constructed and the family that dwelled inside. Such is the task of those who care for the Jonathan Cutler Homestead, built in 1770 – older than the country in which it resides.

Assigned the duty of restoring this home to its original level of artistry and architectural prowess, the Old New England Restoration team was methodical in their approach. They were mindful of preserving vs. restoring when appropriate and only replaced elements of the original home if absolutely necessary.

Features such as the elaborate molding that trims the doors, windows, and other focal points of the house were treated with fresh paint. The dainty transom window positioned above the main entryway retains the simple elegance of times past. Even the smallest facets of the home, such as the old metal latches and door handles, have been preserved with precision and attention.

Having served the Cutler family as far back as the 1700s, the Jonathan Cutler Homestead still stands today, now as a display of how centuries of dedicated care can sustain even history’s most precious relics.

If it is time to restore your historic New England home and rescue its exterior from years of exposure to harsh weather and natural aging, get in touch with the experts at Catchlight Painting.  Catchlight offers only the best solutions for historic home restoration in Boston.

From the removal of old, weathered layers of paint, to plaster restoration and window repair, their team can address an array of issues to return your historic home to its original grandeur. Contact Catchlight today to begin planning the rejuvenation of your beloved piece of New England history.