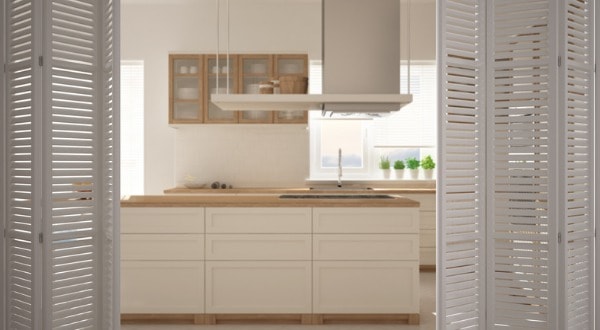 Bi-fold doors, you may have heard of them before, but you may not be quite sure what they are and how they’re involved in interior decoration.

Well wonder no more, this article will be giving you the low down on what bi-folds are and how you can style your home around them.

So first off, what is a bi-fold door?

A bi-fold door is a brilliant alternative to you standard sliding patio door, but rather than having 1 panel slide across a second panel like a normal French door, a bi-fold door is made out of multiple panels which fold up on themselves to open.

This means that the bi-fold door will take up less space as compared to both traditional opening patio doors and sliding French doors. 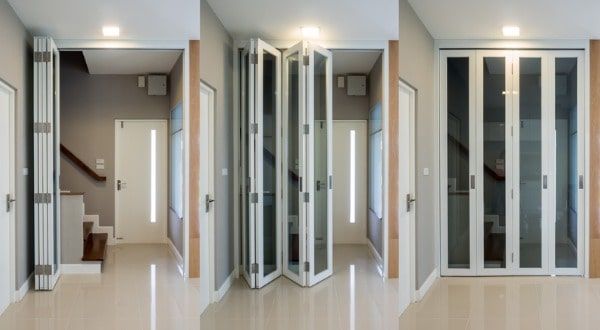 So how should you style your room around bi-folds?

Decorating a living room around bi-fold doors is similar enough to decorating around a standard sliding patio door, in that you don’t want to cover up the glass panels with big furniture as that would obscure the natural light coming through the panes

But also you’ll want to leave about a foot of space between the panes and the nearest piece of furniture so that furniture doesn’t block the opening mechanism.

What about shading the door?

Then when it comes to shading the window panels of a bi-fold door, you’ll want to avoid curtains or blinds that cover all the door panels as the blinds or curtains will interfere with the bi-fold mechanism when opening/closing the doors.

Instead you’ll want to invest into some bifold blinds, these are blinds for individual bi-fold panels, rather than hanging from the wall or recess for the door, these blinds get attached to the door panel, by sliding in a grip between the glass panel and the rubber gasket that holds the glass in.