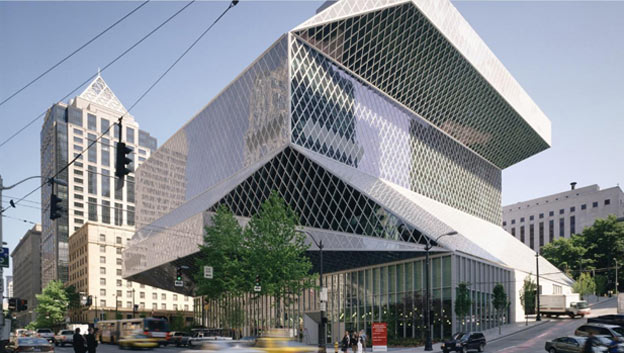 1. Richard and Sue Rogers. Home for the father and mother in law

At the very beginning of his career, Rogers was often helped by his wife, Sue. And even when they were divorced, their work continued. Together with the former wife, Rogers designed the house for her parents, and this little project was destined to be a turning point.

It has all the basic principles of Rogers’s architecture: plastic configuration of partitions, transparent facades, and the use of modern materials.

Takaharu Tezuka met his future wife Yui while working at the Richard Rogers’s office. Since then, they have always been together.

When the couple had their first child, they together came up with a house where they still live today.

All attention in this building is focused on the common area, in the center of which there is a table for 8 people.

It all started prosaically: Jenks’ wife, Maggie, wanted a pond on the territory of her family estate where children could swim in.

The architect began to think about the arrangement of the territory, and Maggie, being a connoisseur of the Chinese garden tradition, corrected his plans. Thus, in 1988, The Garden of Cosmic Speculation – a beautiful landscape park – appeared.

Peter Zumthor is yet another architect who built a house for his family and named it after his wife.

Next to this building, there are two more similar buildings, and they are now available for rent. All houses are made of wood – Zumthor’s favorite material.

While studying in Paris, Eileen Gray met Jean Badovichi, the editor of an architectural magazine. Their romance lasted for 14 years, and during this time, Eileen designed the villa called E-1027 for her lover on the waters of the Riviera.

Le Corbusier was obsessed with the building a long time, and in order to see it once again, he bought a plot of land with a view on the villa. And then, in August 1965, he died not far from this place, drowning in the waters of the Mediterranean Sea. 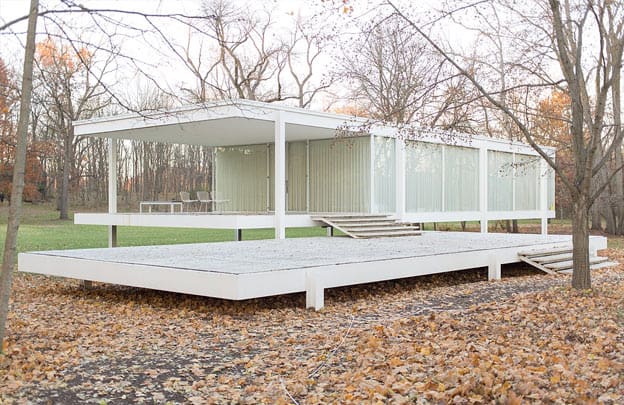 The Glass House of Mies van der Rohe is world famous. But not everyone knows that the architect did not see eye to eye with the owner of the house – Edith Farnsworth.

Having received the keys to the house in 1951, the offended doctor refused to pay the bills, filed a lawsuit, and gave interviews where she criticized the project.

The leaders of the “Group of Ten” met when they were a little over twenty – and have never parted since. Together they began to design functional buildings without exterior decoration, then they got married, and a year after the wedding, they founded their own bureau.

The family soon had followers, and the buildings of bare concrete inspired a whole new style in architecture – brutalism.

If Rem Koolhaas had made the offer not to Madelón Vriesendrop but to another woman, his projects would also have been different – Madeleon has helped Koolhaas in his work.

Madelon became one of the co-founders of the OMA Bureau, and when Rem gained fame, she began to help him with large projects, such as the Embassy of the Netherlands in Berlin and the Central Library of Seattle.

If you don’t have a partner to visit this building with, then be sure to check out the following site to find Ukrainian women online. 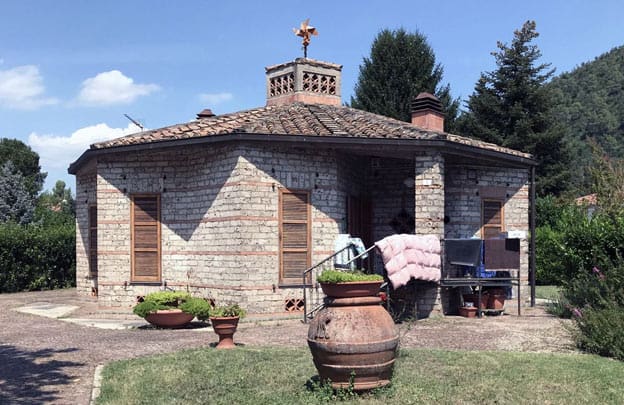 Italian architect Mario Ridolfi had a very reverent relationship with his wife, Adeline. 20 years before the tragic death, he dedicated the house to her, in which he lived with her for the last decades of his life.

He affectionately called it by the short name of his wife – Casa Lina (house of Lina).

10. Eliel Saarinen. Discord in the style of national romanticism

Hvittrask was turned into a museum, and once it became the subject of lots of disagreements between three friends, fellow students of the Polytechnic Institute, Herman Gesellius, Armas Lindgren, and Eliel Saarinen, father of Eero Saarinen.

They decided to come up with a house in the spirit of national romanticism and settled there with their families.