Alex from Whimsy Darling had long felt her bedroom was the “unfinished room” in her apartment. She wanted to make a few updates to the space, including making a duvet cover trimmed with colorful tassels.

Alex made her duvet cover from two white sheets, starting by sewing black lines onto one of the sheets to mimic the look of her Anthropologie inspiration. Then she made 300 tassels from embroidery thread and sewed them on the edges by hand.

While that number may sound daunting, Alex says it’s not so bad if you spread it out over a few days. And it’s totally worth it for beautiful and inexpensive bedding! 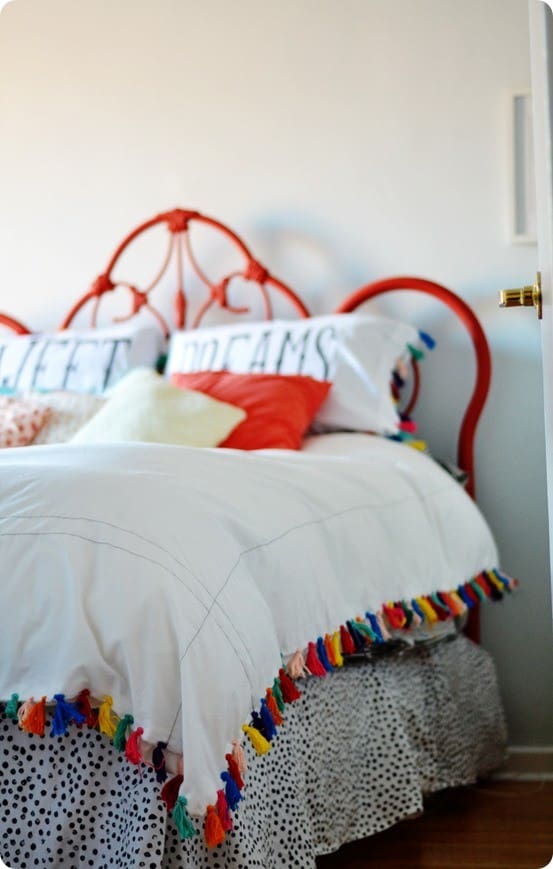 What You Need to Make Your Tassel Trim Duvet Cover

Steps to Get It Done

The basic steps to complete your duvet cover are to sew in a black line of thread around your cover. Then, make your tassels. And finally, sew the tassles into the line of thread you sewed in at first.

Alex started by sewing black lines on one of her bed sheets.

There’s an easy way to keep the lines straight. Just make guide markers about twelve inches from the side of the sheet all the way down. You can use a black ball-point pen and just lightly make your marks.

Follow these marks exactly as you sew, and you’ll have a straight line!

After finishing the black lines you’ll sew both sheets together. On the bottom, you’ll leave a small opening at the bottom to insert the duvet.

Later on, you can finish up the opening by adding buttons to the end to close it up neatly. 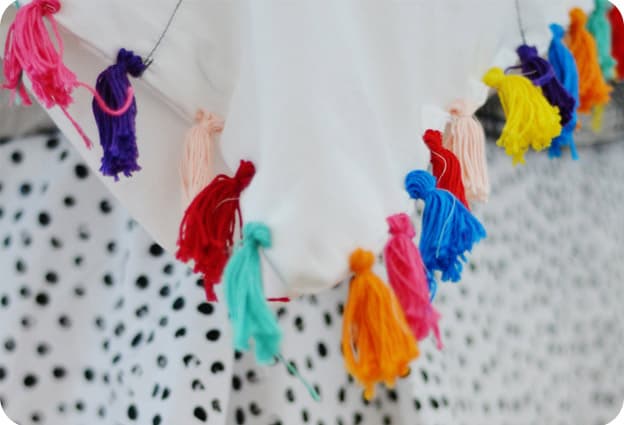 To add the eye-catching color flair for your duvet cover you’ll make about 300 tassels out of embroidery thread.

Alex says she was surprised how fast she could get the tassels done. She owes the quickness to it being more or less a mindless activity that you can do while watching TV. In just a few nights, you’ll be done!

The main thing is not to rush. Alex suggests making sure to be patient and not feel like you have to get them done all at one time. That will just lead to frustration. So…enjoy the process.

Finish Up Your Duvet

The final task is hand sewing all of the tassels around the edges of both the duvet and your new pillow cases.

Here again, put on your favorite movie or stream a few of your current shows. You and your colorful tassels will be good friends by the time you’re done with your duvet cover.

Definitely use a thimble for this part.  As it is intended, it will save your from a sore thumb for sure. 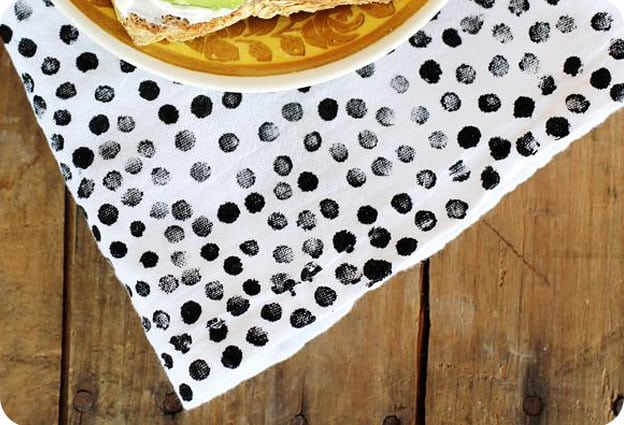 Alex finished up her duvet cover using this tutorial to make polka dots on the bedskirt using a Q-tip for dabbing.

This is a very complimentary bed skirt to pair with your tassled out duvet cover. It’s not too plain or too frilly. Follow the tutorial for polka dot napkins and complete your bedding set as you recreate the bed skirt from Antropologie.

All told, this project cost Alex around 50 bucks. That’s a pretty big saving for doing everything themselves!

Alex was inspired by the Lindi Fringe Duvet from Anthropologie. 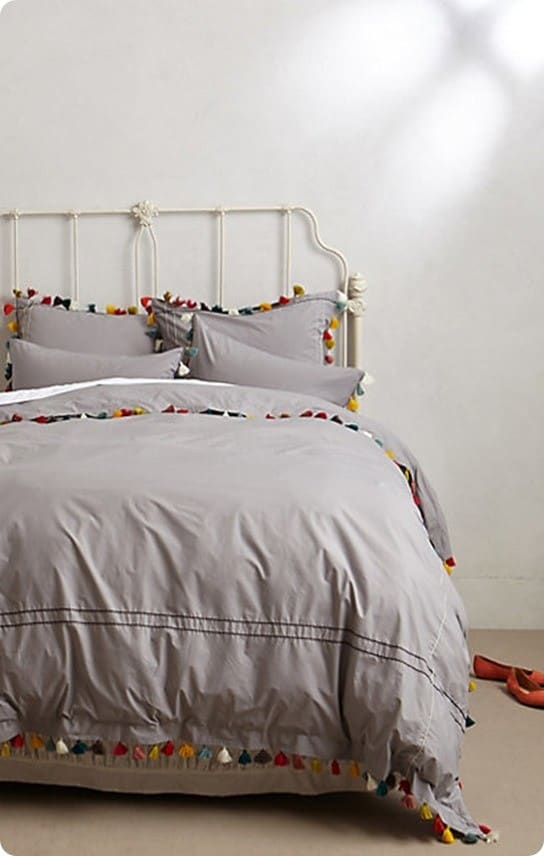 Alex’s original tutorial is no longer available online, but we’ve recaptured it here. And since this is a simple one, it should be easy enough to follow.

So, go ahead and add some Mexican influence in your bedroom with some multi-colored tassels on your bed!